We believe that creating a supportive sports environment enables athletes with a handicap to compete at the highest level in Paralympic sports, gives them perspective for a life after sport and makes them a role model to the community.

Goal of the foundation

1.a. improving the sports ecosystem for athletes with a handicap to enable them to perform on the highest level in Paralympic sport, to be a role model for the community and to prepare them for a life after sport.
1.b. to perform all further actions that are related to the aforementioned purpose that enables the foundation to reach her goals.

2. The foundation wants to reach her goals via (financial) support for training, equipment, materials, nutrition, transport to training and competitions and sport specific healthcare. It also helps athletes to prepare them for a life after sport (via education and coaching). International collaboration and knowledge exchange in the Paralympic sport is the way how we make things happen. The foundation also promotes the Paralympic sport via media, clinics, and fundraising activities.

3. The foundation is a not-for-profit organisation.
Board members do not receive any financial remuneration for their work. They are allowed to reimburse the costs incurred by performing their voluntary work. This needs to be approved by the board in advance.

The Sport on the Move foundation is active in Namibia and the Netherlands:

Sport on the Move Foundation Namibia

The Namibian Sport on the Move Foundation is established on 27 December 2017.

I would like to start by thanking you for joining us in what is perhaps the most important initiative for the Namibian Sports Fraternity. All of us agree: sport has the ability to change one’s life and the foundation is here to make sure that the Paralympic athletes continue to raise the Namibian flag high.

Some of our team members are coming a long way, such as Mike and Memory. But the entire group came together in mid-2015, one year ahead of Rio, to provide support to the athletes in their preparations. Or should I say: to compensate for lack of other support.

We started the Run4Rio campaign as a private initiative and managed to provide critical support in areas such as coaching, training, equipment, and nutrition. This support made the difference, and led to historical gold, 2 silver, and 2 bronze medals at Rio2016 Paralympic games.

When the athletes came back from Rio, we agreed to keep on working together with a new perspective: the Paralympics in Tokyo 2020. To anchor all our efforts we decided to create an institutional structure in the format of the Sport on the Move Foundation in Namibia in 2017.

The aim of our foundation is to create an enabling environment which allows para-athletes to perform to their best abilities and continue positioning their country internationally.

We are currently in the phase towards the Paralympic Games of Tokyo2020 in Tokyo. These games were originally scheduled in the summer of 2020. Due to the Covid-19 pandemic the games are postponed to summer 2021. We warmly invite you to join us in supporting our Paralympic sports heroes!

Leave us a message 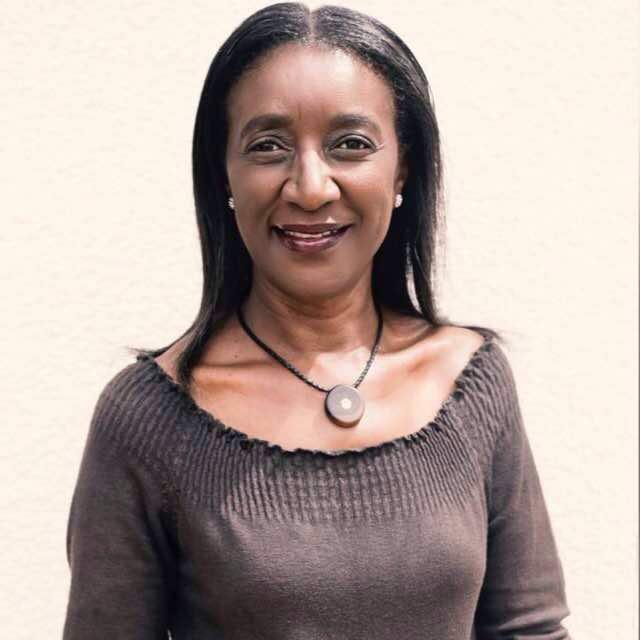 Doufi Namalambo is a group’s specialist in training and facilitation of processes set in a workshop setting, where her interpersonal skill and confidence assists groups to move through difficult process steps. She has consulted in the human resources development and organisation development field in Namibia and South Africa (1998) and joined CSA in 2001. 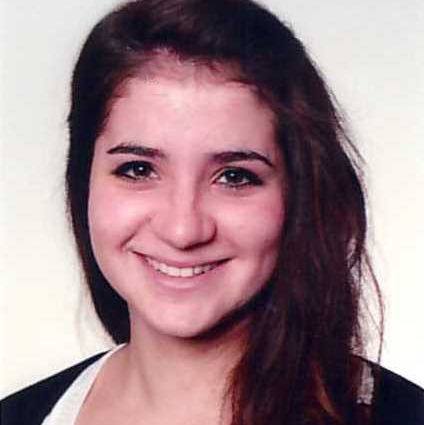 Taleen received her Bachelor of Science in Oecotrophology (major: nutrition and health) at the University of Applied Scienes, Münster/Germany. Taleen's interests lie in innovations and product development, dietetics and nutrition and culinary techniques. 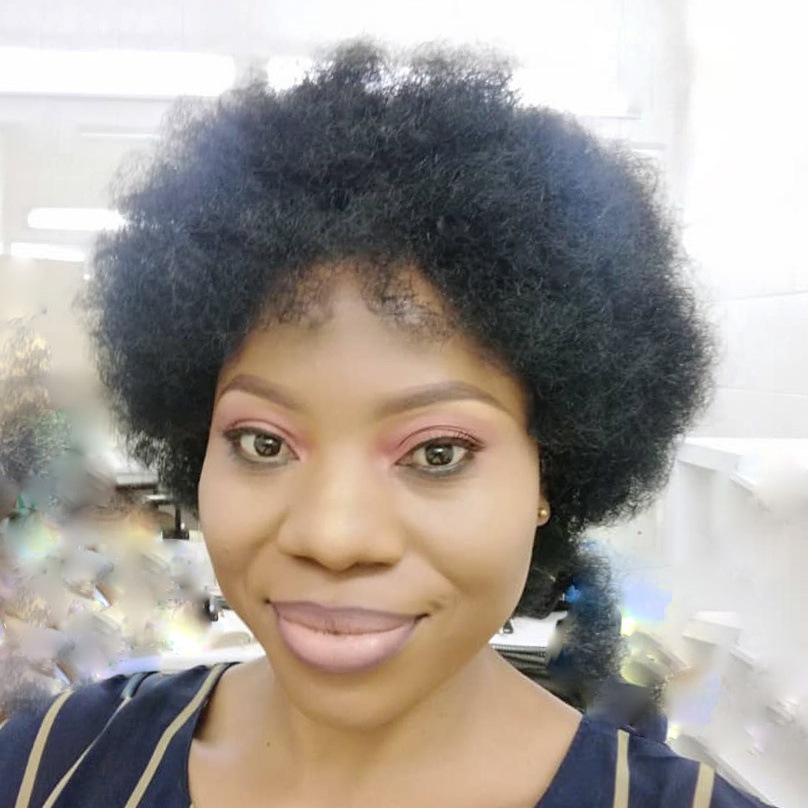 Memory is Para Sport Administrative Coordinator for the National Paralympic Committee and passionate about social inclusion through Sport. Her love for sport as a tool to bring everyone together has been evident in how results have been seen in Paralympic Sport. 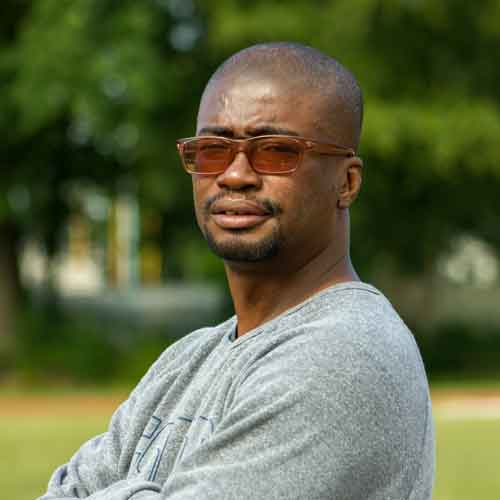 Michael (Mike) Hamukwaya is a trained orthopedist and the National Coach of the Paralympic Team of Namibia. He has a diploma in Sports Management, and completed his honors in Physical Education at the University of Namibia. 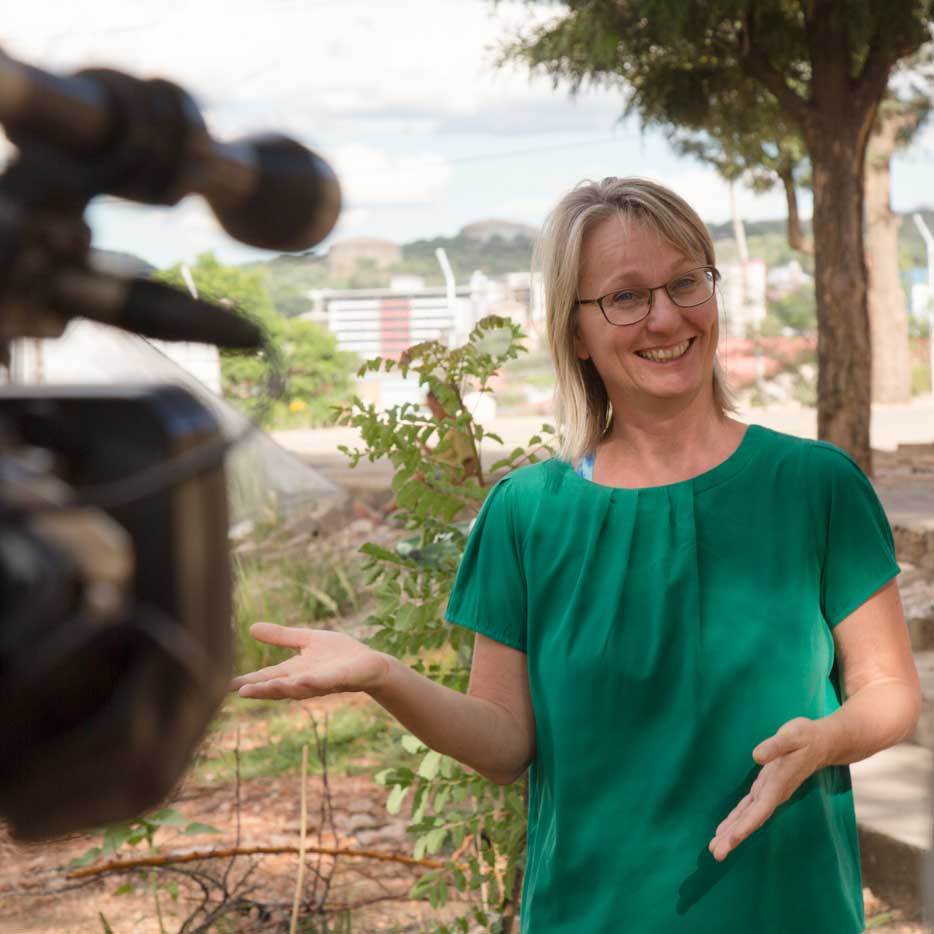 Ina is passionate about stories. She produces a wide range of communication measures including films, articles, brochures, and books with her company Mubasen Communications. Ina has a diploma in political science from Hamburg University. 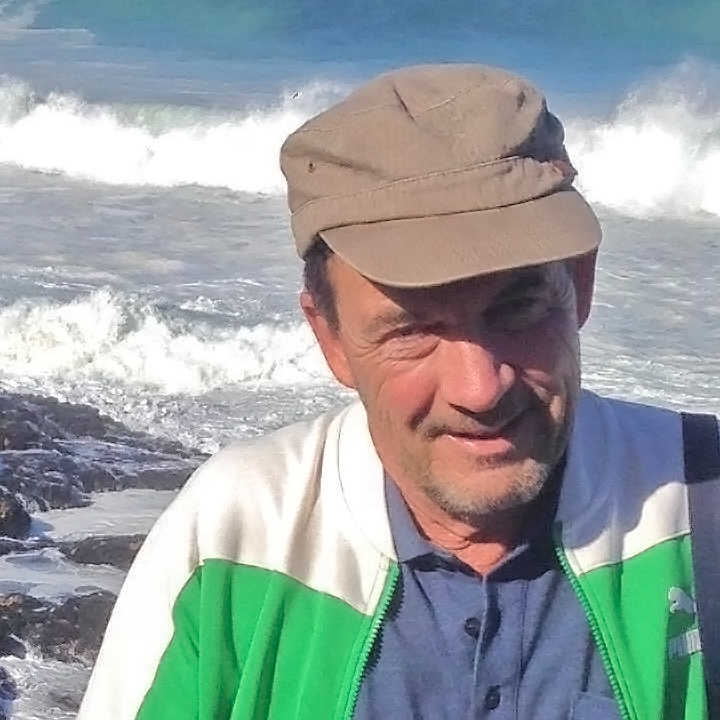 Frank Gschwender is a geographer by profession which probably brought him to Namibia. Beside that he is having numerous passions. One is implicite to the saying “People are People through People” 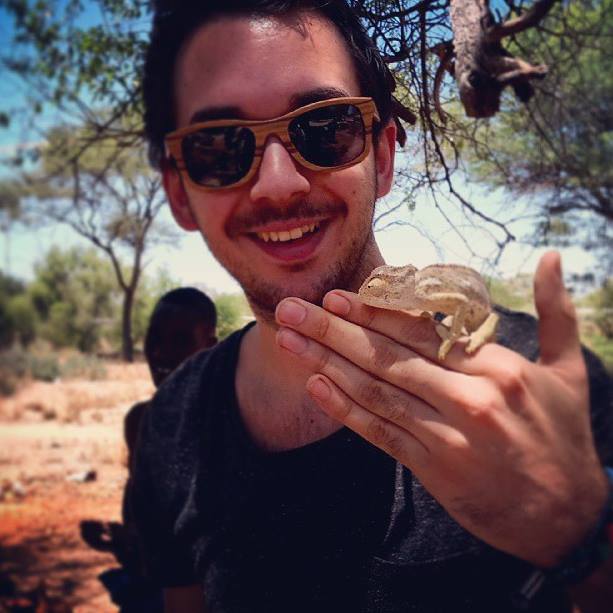 Paul graduated from the University of Western Cape / South Africa and is a MA student at University of Heidelberg/Germany in Sport Science. His commitment is focused on social upliftment and promoting of children and youth through sport. 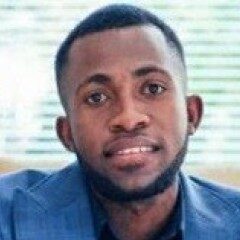 Stichting Sport on the Move Foundation

The Dutch Sport on the Move Foundation is established on 7 January 2021.


It was the end of 2015 when one of my classmates forwarded me an email from somebody in Namibia. It was a request for support for the blind athlete Ananias Shikongo sent by Frank Gschwender. They were looking for somebody who could help with some marketing and fundraising.

By that time, I had no idea where to point Namibia on the world map. Also, almost nothing could be found about this athlete and his guide except some competition results. I was eager to meet Ananias and Frank via Skype to learn more about their story. This first online meeting brought our worlds together and was the beginning of our journey.

We had several Skype meetings to prepare our first campaign Run4Rio. A website was built including social media channels. We started to communicate Ananias’ story and with the result of our first fundraising campaign he was able to improve his preparations towards the Rio2016 Paralympic Games.

I managed to obtain a position as a volunteer at the Rio2016 Olympic and Paralympic Games. It was a wonderful experience to see so many great athletes competing at the highest stage in sport. Together with some Namibians I watched the T11 200m final. The memory of Ananias and his guide Even Tjivjiu winning gold still gives me goosebumps!

After the races we met for the first time in the Olympic village. Ananias; now a Paralympic champion and record holder, also introduced me to other members of team Namibia. He explained that he was very lucky with all the support and was looking for a way to help other athletes with a handicap like Johannes Nambala, who won two times silver in Rio2016, and Lahja Ishitile, a promising athlete. This planted a seed in our thoughts.

Two months after the Paralympic Games I put my first steps on the Namibian soil. I was warmly welcomed in the Gschwender family. We had many talks and brainstorm sessions together with athletes, guides, NPC staff and people who were willing to support. It gave me a better idea of the para-athlete’s challenges and opportunities in Namibia. On our last evening together the name of our initiative was chosen: Sport on the Move.

A lot has been done since, and there is still a long way to go to level playing field for para-athletes. We can’t express enough the importance of partnerships in achieving goals. This is why we established the Dutch Stichting Sport on the Move Foundation. Together with our Namibian sports family we are eager to expand our journey in the spirit of the Paralympic Movement.

Chairperson Stichting Sport on the Move Foundation The Netherlands

Leave us a message 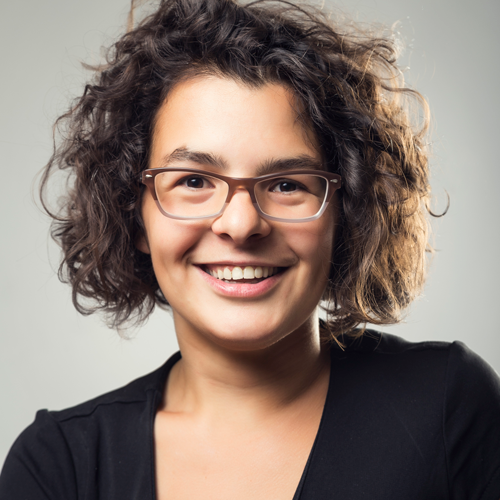 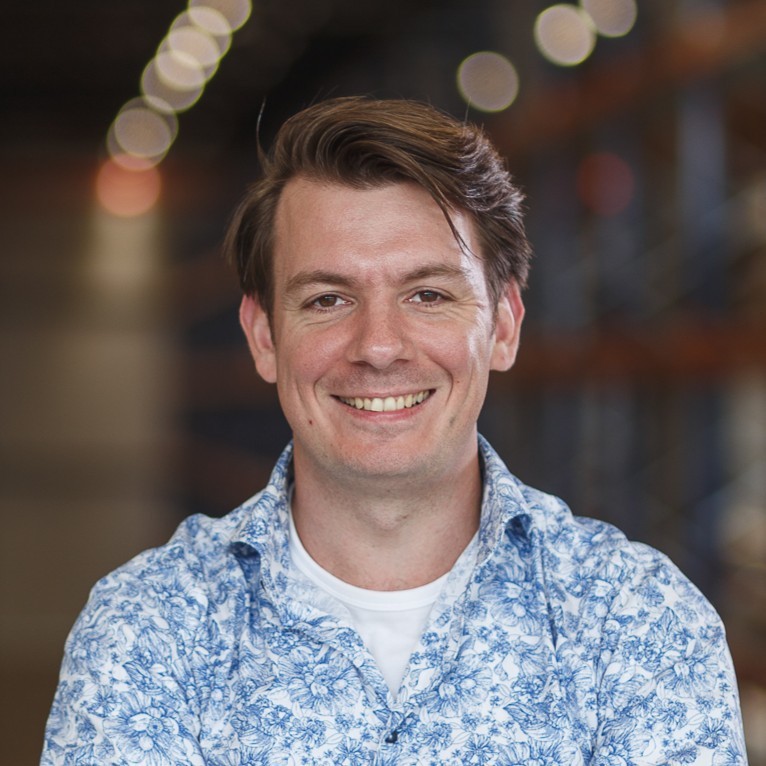 Sebastian is a principal researcher at the University of Twente and is fascinated by the dynamics of international supply chains. 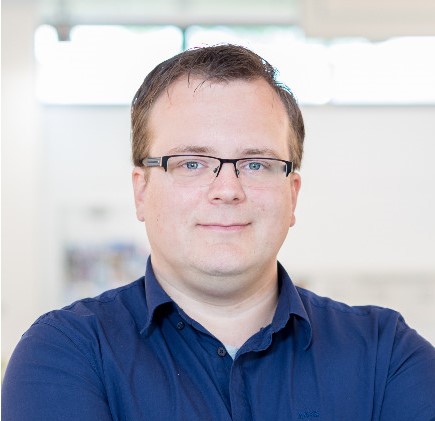 Bernard is Back End Developer at Appnormal. He likes building apps and is developing some cool stuff for our athletes at the moment!

LinkedIn Profile
Support us to Paris2024 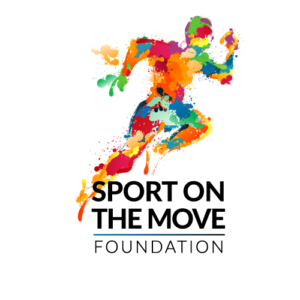